The Renaissance of Miniature Painting 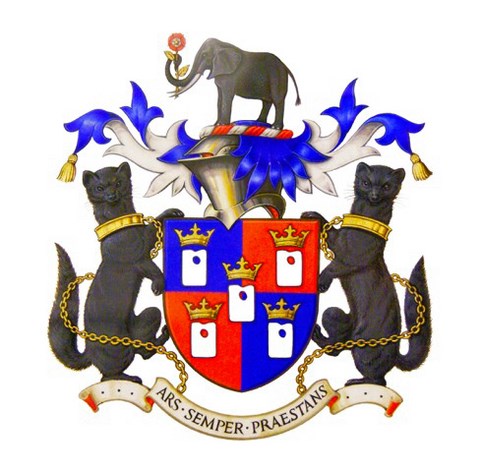 The distinguished art dealer and BBC ‘Antiques Roadshow’ expert, Philip Mould, OBE, recently wrote: ‘When I established my company to specialise in British portraiture some twenty-years ago, I studiously avoided miniatures. To me they seemed to belong more to the world of objects of vertu, but over time my prejudice has eroded and I’ve realised that miniatures are an opportunity to handle some of the most important records of the human visage, not only historically but artistically.’

His change of attitude has coincided with a significant burgeoning of interest in both old and contemporary miniatures. This has been well reflected at the Annual Exhibitions of the Royal Society of Miniature Painters, Sculptors and Gravers (RMS) — the past three years have been amongst the Society’s most successful.

The emergence in Europe of miniature painting or the ‘Art of Limning‘ goes back to at least mediaeval times when sumptuous and beautiful illuminated manuscripts painted in watercolour on vellum were being produced. From these manuscripts developed the highly skilled art of portrait miniatures, among the very first sitters being Henry VIII and his wives. Nicholas Hilliard (1547-1619), who is considered to be the greatest master of the genre and who was Miniature Painter in the Court of Elizabeth I, wrote a book entitled ‘Treatise Concerning the Art of Limning‘ in which he said that ‘artists should wear only clothes of silk and that they should not speak or even breathe over their work to avoid sparkling a spittle’. Many of his rules concerning the art still apply today. It is also noteworthy that current members of the Royal Family continue to commission miniature portraits (the Royal Collection contains one of the largest and most comprehensive groups of miniatures in existence).

For centuries miniatures played an important role in society. Being small and easily transportable, they were used much like photographs are today. A number of royal marriage negotiations only took place after cogitation of a miniature painting of the potential bride. Highly prized, miniatures were also frequently presented as tokens of friendship, loyalty and love.

It was, of course, inevitable that with the arrival of daguerreotypes (a photograph taken by a photographic process employing an iodine-sensitized silvered plate and mercury vapour) during the first half of the 19th century, the art of miniature painting would go into decline. Nevertheless, it surprised many just how quickly and profound the fall from fashion was. This was no more evident than at the Royal Academy Summer Exhibition where miniatures were always very well represented.

However, by the late 1850s miniatures became a rare sight at the RA exhibition. Ironically, many miniaturists were forced to make a living by colour-tinting black and white photographs.

Attempts were initiated to rejuvenate the genre, one of the most impressive being made by the South Kensington Museum, now the Victoria & Albert Museum. In 1863 the Museum mounted a major show devoted to miniatures and the Director wrote: ‘We trust it is not beyond hope that the Exhibition of the works of so many distinguished men, and the beauty of their art, may lead to its revival.‘ While this proved not to be the case, the founding in May 1896 of The Society of Miniature Painters and their inaugural exhibition (at The Gallery, 175 New Bond Street, London) the same year, certainly did.

Under the leadership of Alyn Williams (1865-1941), the Society blossomed and in May 1904 King Edward VII granted it the Royal Charter. To highlight the Society’s growing importance the President’s Jewel was commissioned in 1920. This is a large elaborate silver chain of office designed and made by Alfred Lyndhurst Pocock (1881-1962), which is still worn by the current president at formal functions.

Then, in 1926, having extended its welcome to other forms of miniature art, the organisation became the Royal Society of Miniature Painters, Sculptors & Gravers and today is proud to have as its Patron, HRH The Prince of Wales.

The Society’s annual exhibition of around 700 works is one of the world’s foremost displays of contemporary miniature art. While the traditional subject matter of portraiture continues unabated, today’s miniaturists incorporate a very broad range of subject matter, including landscapes, still lifes, marine and wildlife subjects. With a maximum frame size of 6 by 4.5 inches (when the Society was founded, the permitted size was 12 by 10 inches), all have one endearing feature — exquisite detail.

Elizabeth Meek, who has been the Society’s president from 2004-2013, recently described working as a miniaturist as the most demanding of all painting genre and names some of the qualities required as: “Concentration, stillness of mind and body and a dogged perseverance for perfection — the perfect miniature needs to be devoid of errors.” Little wonder that many of the more dedicated collectors who make their annual pilgrimage to the RMS exhibition arrive equipped with magnifying glasses!

Apart from their quality and beauty, contemporary miniatures have strong appeal because of their size — an impressive group can be amassed and yet take up little room. Cost too is an enticement. While commissioning a portrait by a premier exponent such as Elizabeth Meek can cost nearly £2,000, there are many stunning works available for a few hundred pounds.