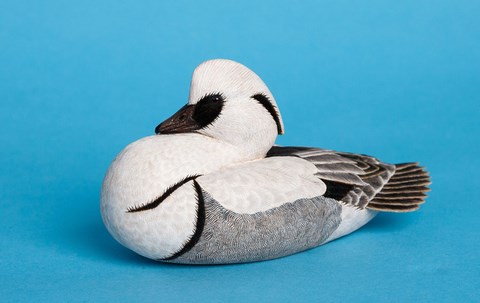 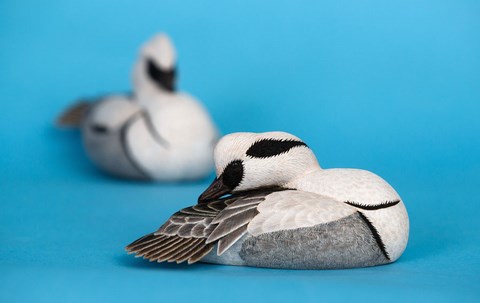 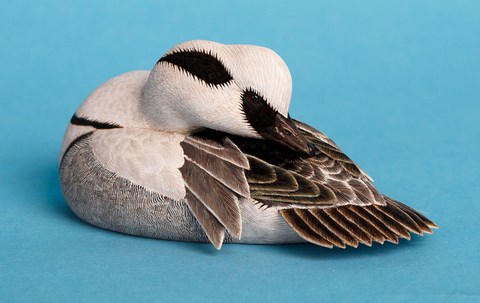 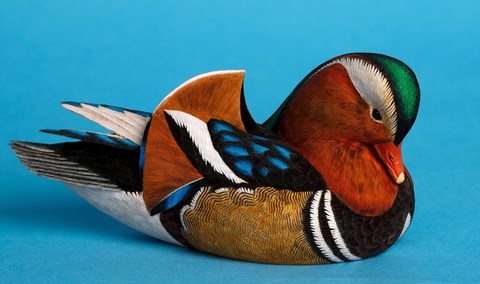 Born in 1966 in North Wales where he still lives, Philip Nelson showed an interest and aptitude for carving at an early age. He trained as a cabinet maker but after being introduced to the art of the decoy by the late Bob Ridges he decided to concentrate on bird carving.
His work is on display at The nature in Art Museum in Gloucester where his is the only example of decoy art accepted for exhibition. In 2012 the museum held a 25 year retrospective of his work entitled 'I carved until I set it free'. He has also exhibited at the Ward Museum of Wildfowl Art in the state of Maryland, USA.
Recently, Philip has concentrated more on the art of the miniature bird and in 2013 was awarded The Gold Memorial bowl for best exhibit, a Mallard Drake, at the Royal Miniature Society annual show. In 2014 Philip became an Associate Member of Royal Miniature Society.